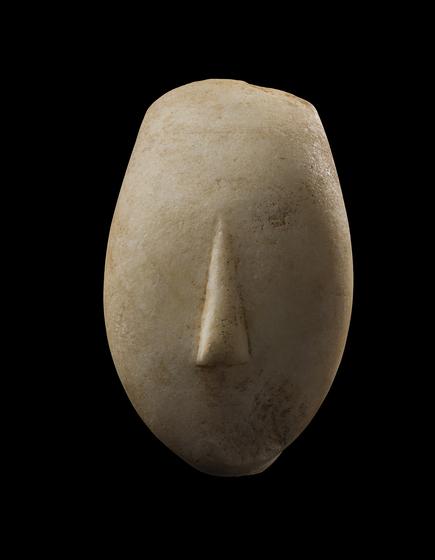 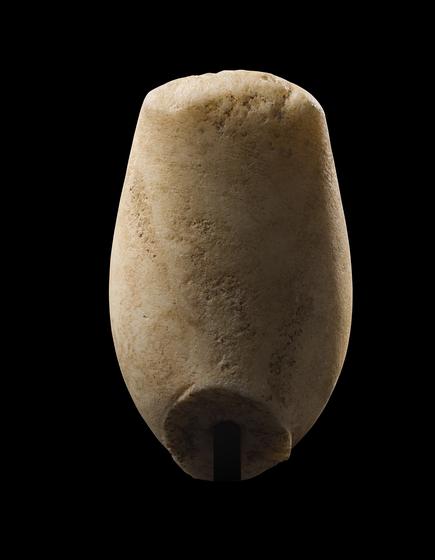 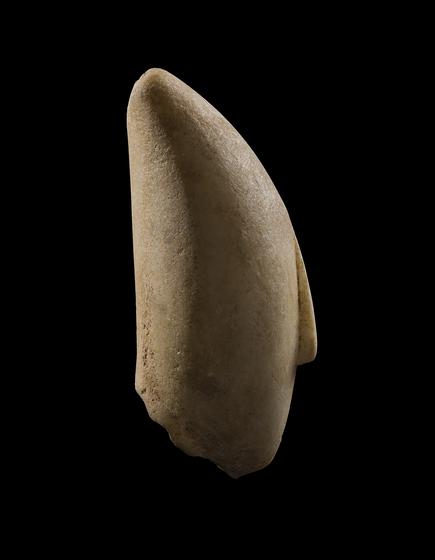 Marble figures from the Cyclades Islands in the southwestern part of the Aegean Sea remain among the most compelling and iconic images from antiquity. Their elegance and minimalism have fascinated generations since their discovery in the nineteenth century.  Once the earliest findings came to be displayed in museums, they profoundly inspired the avant-garde modern masters such as Picasso, Brancusi, Moore and Modigliani. In fact, this impressive head is of the very same type as the famous example in the Louvre that inspired Brancusi to create his series of female muses. Although renowned for their pure white marble surfaces, Cycladic idols were originally brightly adorned with designs and motifs in red, blue, and black pigments. Predominantly female, these marble sculptures exhibit a richly abstract treatment of the human form.

The Cycladic folded-arm figures are considered to be reclining, as the bodies are typically extended with their heads tilted back and their toes pointed downward. Originally adorning such a figure, this refined finely-carved Cycladic head is pyriform, rather than the more-typical lyre-shaped heads of the Late Spedos Variety figures. This distinctive form, flat nose, and other sculptural details relate closely to Cycladic figures attributed by Pat Getz-Gentle to the Copenhagen Sculptor, and it is likely that this stunning piece can be attributed to that identified master.

Even removed from its body, this Cycladic head resonates purity and humanness. The simplicity and abstractness of its form are a lens through which we can begin to visualize the elusive meaning of these Cycladic effigies.