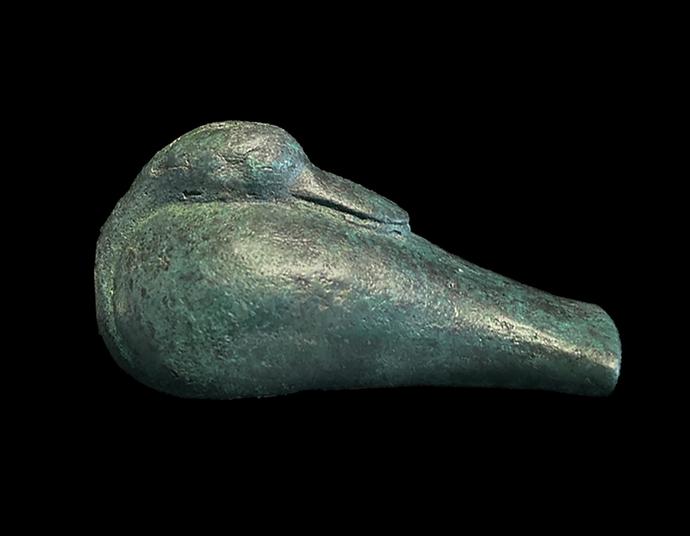 This weight takes the form of a sleeping duck, its head turned back to rest on its body in a position of repose. It represents a type of weight well known in the Eastern Mediterranean and Mesopotamia in the Bronze Age. Other zoomorphic weights are attested, for example, frogs, lions and bulls, as well as simpler barrel-shaped or oblong varieties. The duck, however, seems to have been particularly favoured, and the serenity of its pose and its contemporary lines certainly make it among the most attractive of these objects.

The weight would have been placed in the pan of a balance mechanism to weigh the most important commodities as part of local or regional trade – at this time, ‘money’ as we know it was not in circulation, but consisted instead of varying weights of different commodities. These would have included base metals, such as copper and lead; precious metals, notably gold and silver; liquids, including olive oil, beer and wine; and food produce, such as barley and emmer wheat.