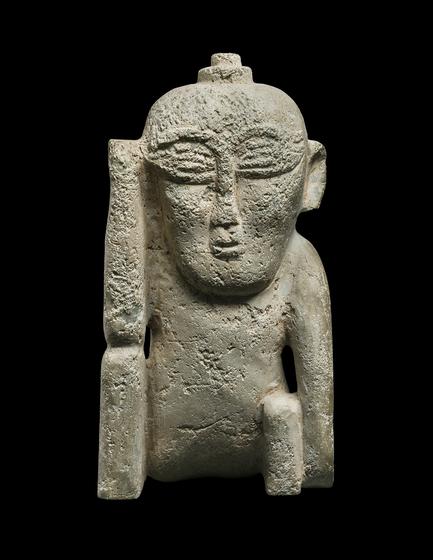 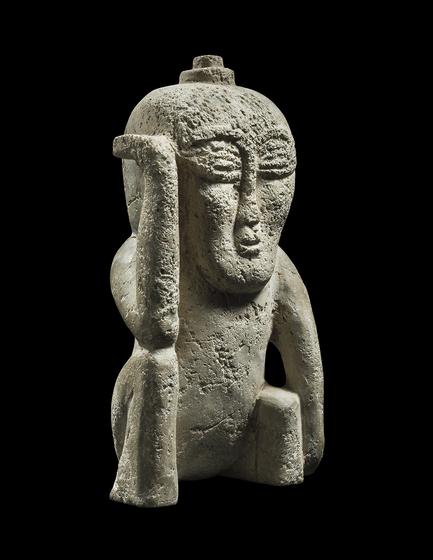 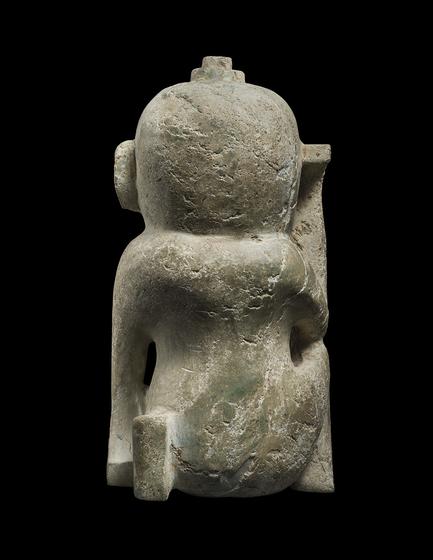 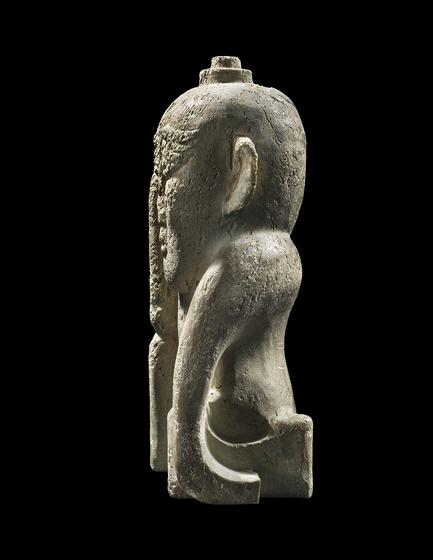 This exceptionally rare crouching figure is from ancient Kyrgyzstan, the mountain enclave to the west of ancient imperial China. It long held a prominent position as an important crossroads between civilizations, and was a key location on the ancient silk road. Originating from a civilization of nomadic tribes and horsemen who left little written or archaeological record, the ancient Kyrgyz remain a mysterious people. At its height, from the sixth to thirteenth century, the Kyrgyz state extended from present-day south central Siberia to present-day eastern Kazakhstan and eastern Kyrgyzstan, establishing rigorous commercial contact with China, Tibet, Central Asia and Persia.

During the sixth to tenth centuries, there arose the practice of erecting stone figures and stelai, made by the most skilful sculptors and stone masons of the time. The present statue presents a highly abstracted anthropomorphic form, the proportions skewed so that the head appears exceptionally large on the foreshortened body. The figure sits with knees raise and one arm resting on the knee, placed up to the face as if in pensive contemplation. It is thought that these stone figures were erected as memorials to the deceased and were revered by the community as images of their ancestors.