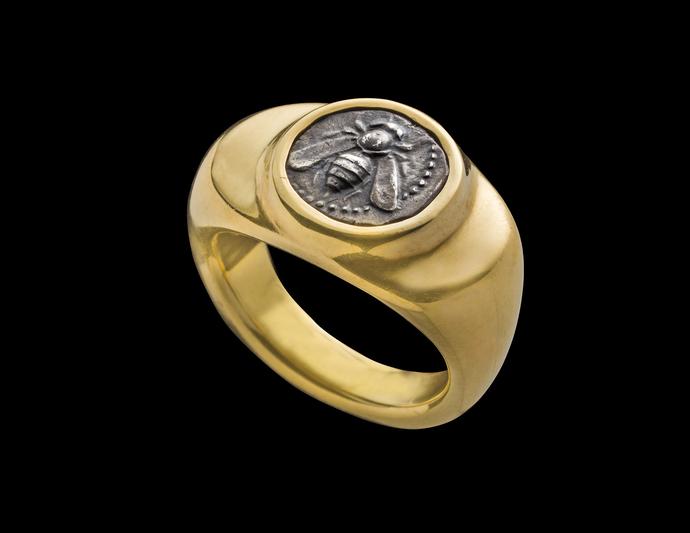 Ephesos was an important ancient Greek city on the west coast of Turkey, in modern-day Izmir province. The goddess Artemis was particularly significant to the Ephesians, and the area was home to an important local cult of the goddess - Artemis of Ephesus - who incorporated elements of the Greek goddess with the eastern goddess Kybele. The city was famed for its Temple of Artemis, completed around 550 BC, which was one of the seven wonders of the ancient world. It is fitting, then, that the Ephesians chose for their coins images pertinent to the virgin goddess of hunting, chastity, and protector of fertility, as displayed on the present silver diobol. The bee was originally the symbol of an early Anatolian goddess, who later became identified with Artemis and, indeed, her priestesses were known as ‘honey bees’. The reverse of the coin features the Greek letters epsilon and phi, an abbreviation for Ephesos, and two confronted stags’ heads, Artemis’ sacred animal.