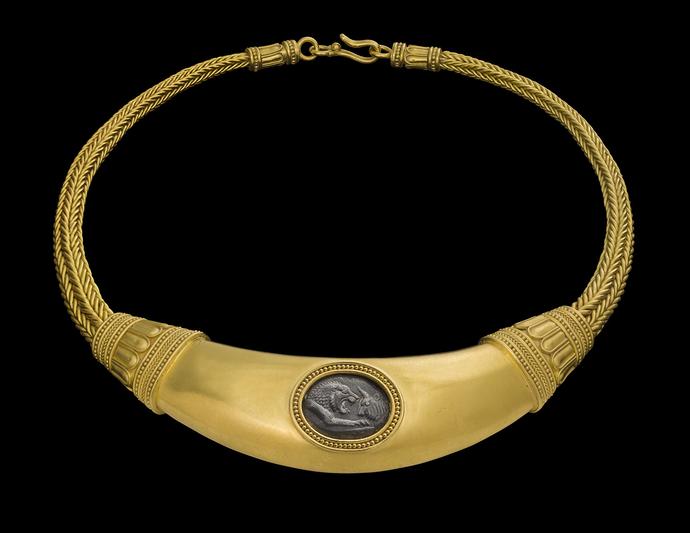 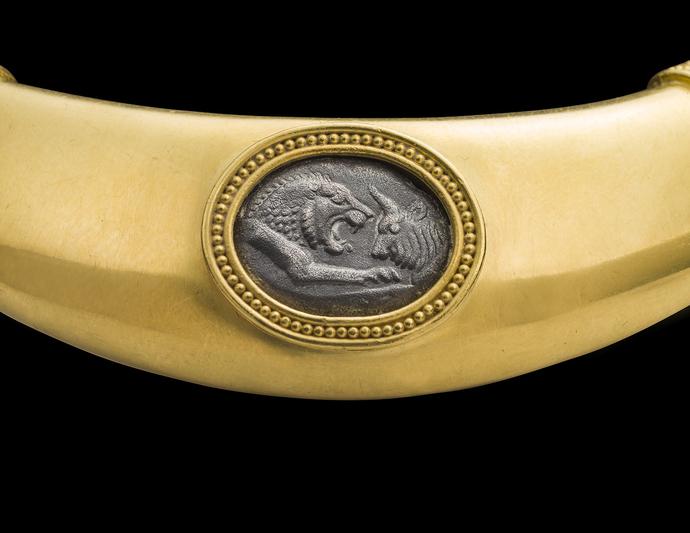 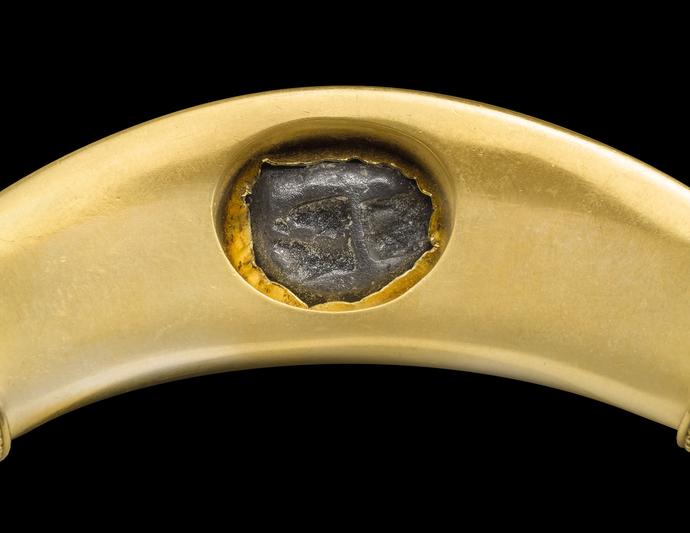 The famed wealth of Lydia (modern day western Turkey) and its last king, Croesus, has been immortalised in the well-known maxim ‘as rich as Croesus’. The silver stater that adorns this striking gold necklace was among the very first coins minted in the ancient world. Croesus, who ruled Lydia from 560 BC until his defeat by the Persian King Cyrus in 546 BC, was the first to mint gold and silver coins of consistent weight and purity; this was the world’s first bimetallic monetary system, becoming the model for practically all coinage thereafter. An important feature that set these coins apart from previous incarnations was the idea of striking or stamping the coin with a state seal, thereby conferring official status and inherent worth on the coin, much like modern day currency. The present coin would have been struck in Sardis, the capital of Lydia. Lydia had a long and thriving mercantile tradition, largely due to its strategic location near the Hellespont which connected the Aegean with Black Sea, a gateway between east and west. The motif of animal combat was a common and well-known iconographical device in the ancient world, and lion-bull symbolism in particular was a recognised visual language in the ancient near east denoting royal power. As the traditional symbol of kingship and also a symbol of Lydia specifically, the image of the lion overpowering the bull is a fitting metaphor for the economic and political might of Lydia at this time.